The Adventures of Brooklet and the Magical Monkey Pants Review & Giveaway 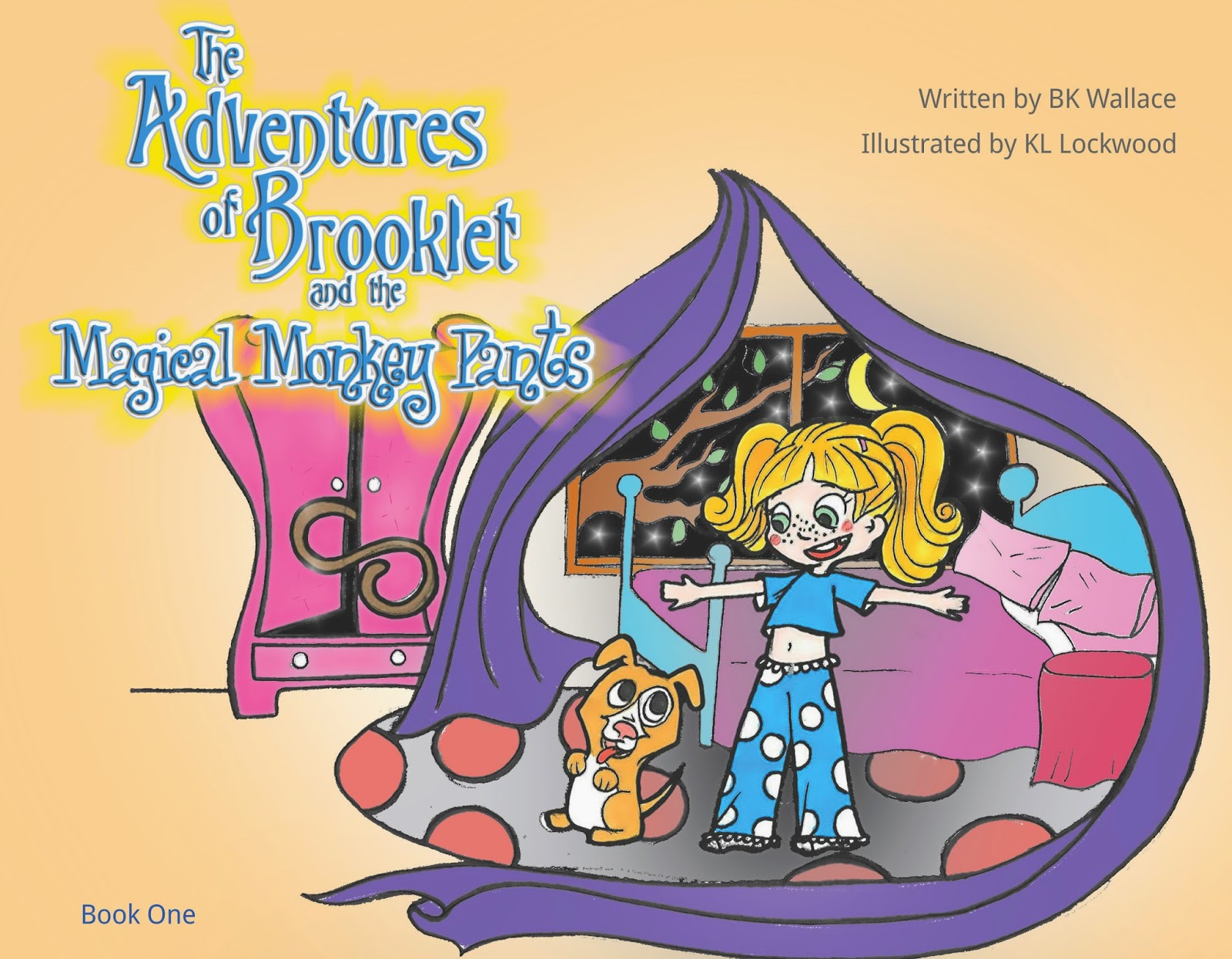 Product: The Adventures of Brooklet and the Magical Monkey Pants


Book description: Brooklet doesn’t want to go to bed she just wants to wear her monkey pants! Lu Lu, her brown-eyed dog, watches as she ignores Mother’s instructions. When suddenly she is whisked into the night by a confused jay bird, starting a great adventure filled with spectacular forest creatures, enchanting music, and the royal monkey family who believes she has finally returned to them. All the while her monkey pants seem to be transforming her into a real monkey! Scared and missing her family, all she wants to do is get back home! Adventures of Brooklet and the Magical Monkey Pants is a fun and unique fantasy about a defiant little girl and her discovery of the power her new mysterious magical monkey pants, or was it all just a dream?

This was a great read for us. Naturally, Miss O does not like going to bed just like Brooklet. Brooklet had a very long, strange night away from her mother and when it was over she vowed to behave. I don't think my girls will be any easier to get to bed after reading this, haha, but it is a cute story nonetheless!

Would you like a chance to win a copy?

I received a copy of this ebook in exchange for my honest review via Tomoson.com. All opinions are my own. #monkeypants #promotion

Posted by Unknown at 4:58 PM No comments:

The Best Advice a Tubby Turtle Can Get Review 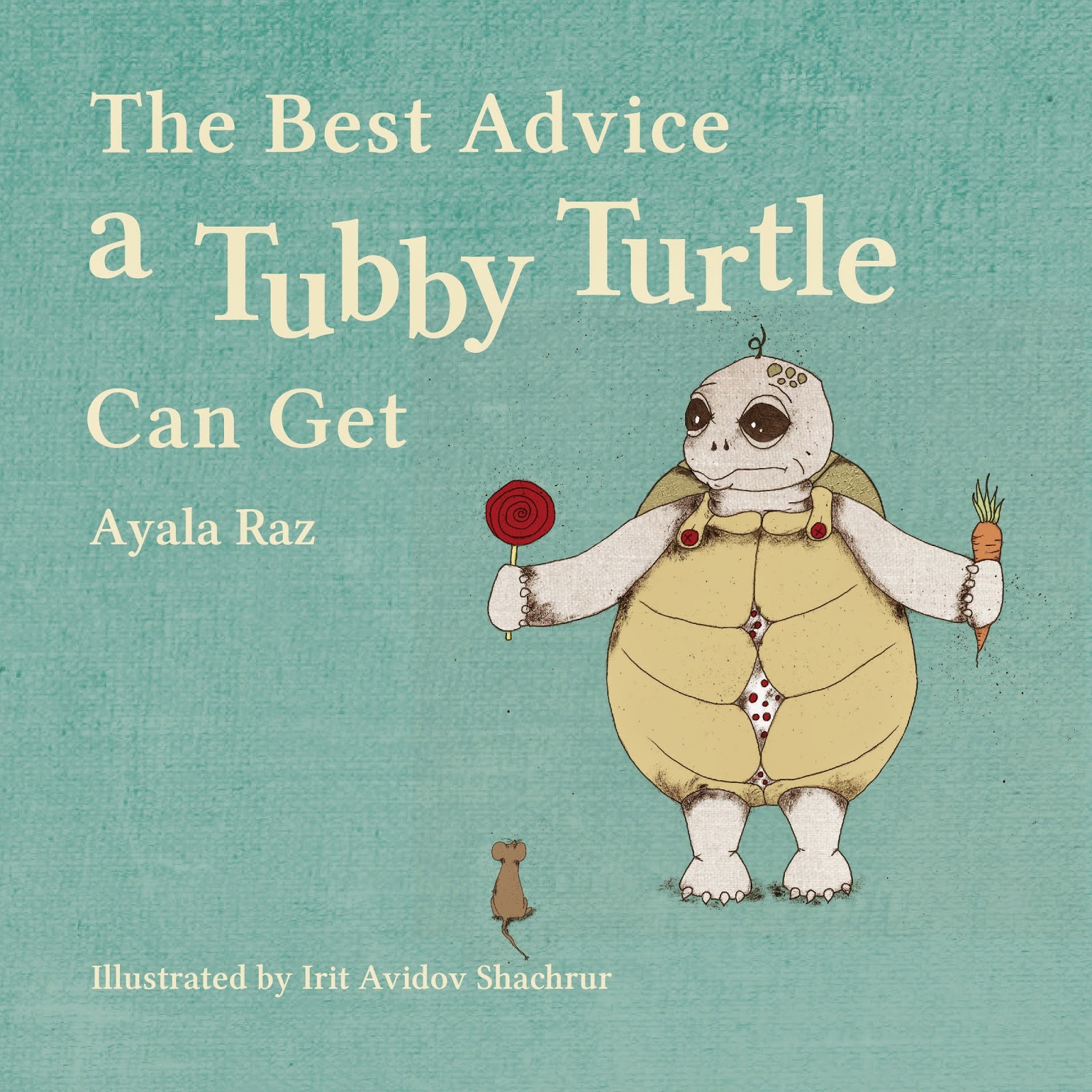 Product: The Best Advice a Tubby Turtle Can Get

Product Description
Book Description:
Toby is a cute, bright turtle, who loves to eat. He eats everything in sight, and the more he eats, the fatter he becomes. So fat, that his shell no longer fits his body.
His mom calls for help, and experts flock to advise and support the little turtle. Each one has his own unique solution. But none of them works.
When Toby has almost given up hope, he meets a wise old turtle who proposes a different approach. His proposal helps any boy or girl who wants to lose weight to succeed.
This amusing story helps children to comprehend that there are no magical solutions to real problems and that the right way is not always the easiest.
At the end of the story there are some fun food ideas which the young reader can enjoy making. Each one is a unique, illustrated recipe for creating and serving healthy food.

Hm.  I guess I like the idea, about working hard to eat right and take care of your body. It's a good message and lesson, and shows that quick fixes aren't going to do the trick.

It was hard to read though. The rhyming was too forced. I'd have preferred it not even try to rhyme. Also not really suitable for my age range (almost 2 to almost 5), would be a more appropriate story for a slightly older bracket (elementary ages).

The most redeeming quality of the book, for me, is the fruit and veggie snack ideas at the end of the book! Very cute and would gain interest form the younger crowd. I'm not sure even a frog prince could convince my littles to eat peas though, unfortunately haha.


I received a copy of this book in exchange for my honest review via Tomoson.com. All opinions are my own. #promotion

Posted by Unknown at 8:11 PM No comments: 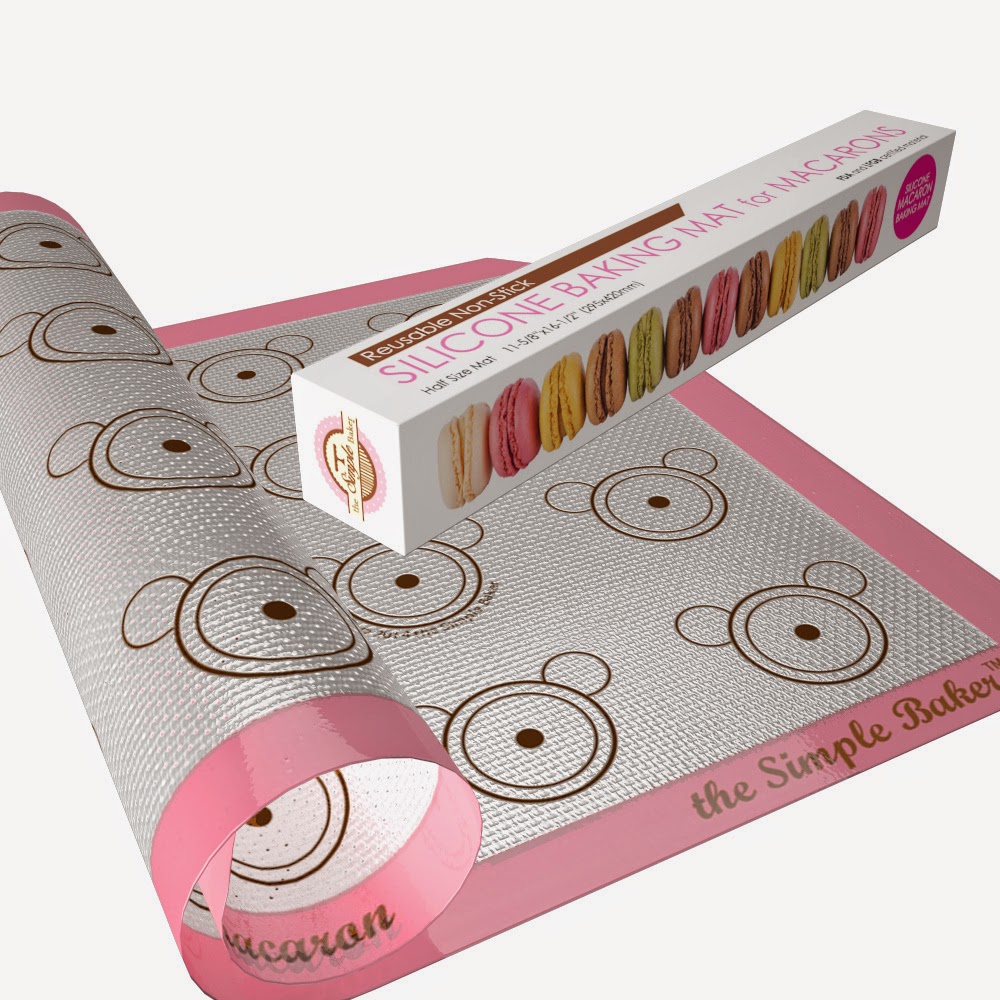 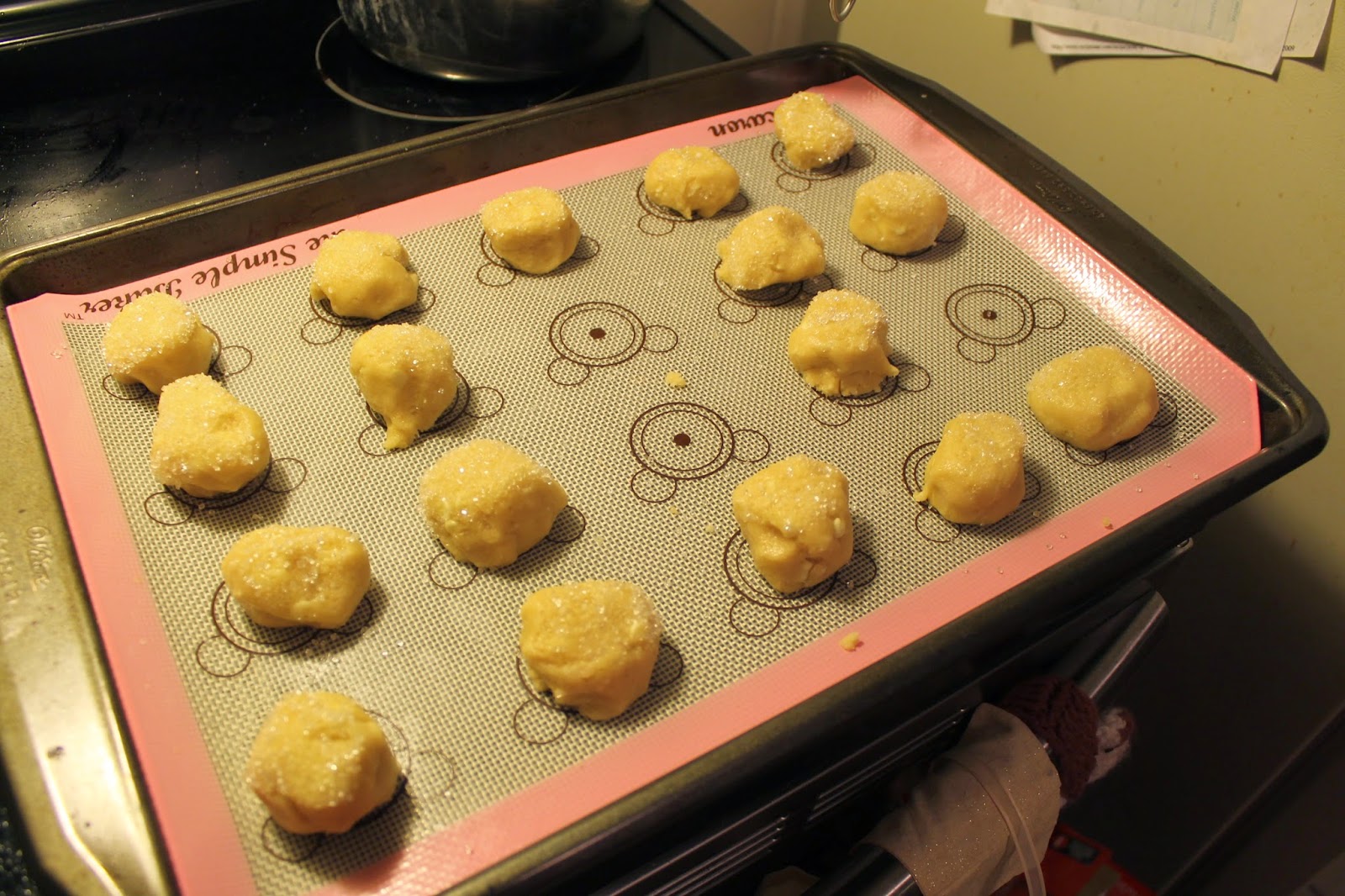 Silpats are my favorite baking tool. This one differs in that it has a fantastic template for making your macarons! I also found it much more sturdy than another I own. It can be used for so much more than macarons. We made some sugar cookies on our Simple Baker mat. 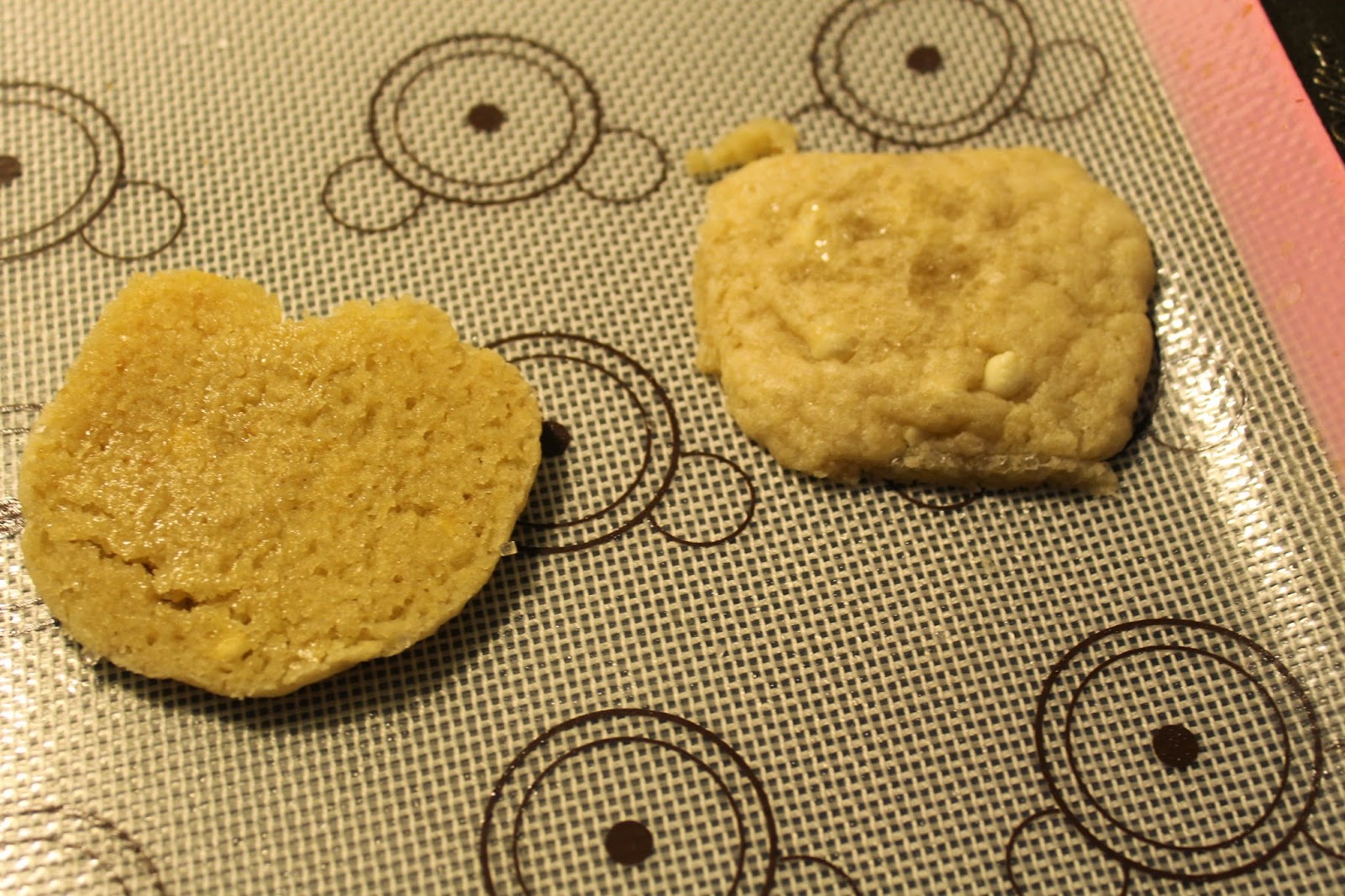 I have noticed my baked goods cook  more evenly, no burnt edges, and of course without sticking. And cleanup is so easy. There's no scrubbing stuck on messes. After it dries i roll it up and put it back in the box for easy storage

The Simple Baker is offering 50% off to my readers with promo code TOM5PD14. It is a great deal!! Don't miss it!


I received the above product for free in exchange for my honest review using Tomoson.com. All opinions are my own.

Posted by Unknown at 8:09 PM No comments: 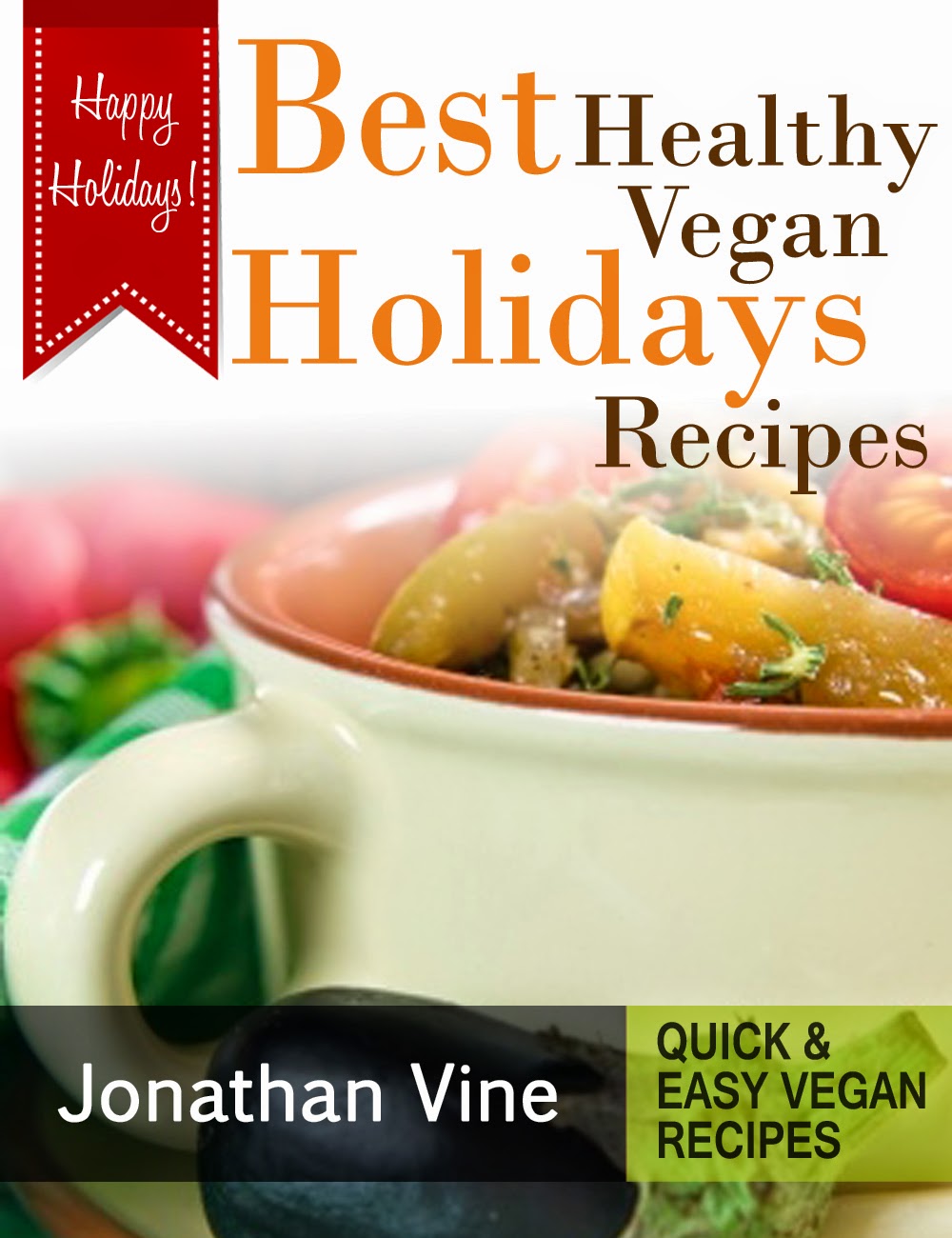 
Product Description
Do you go from book to book and website to website putting together a vegan holiday meal?
Not anymore!
Now an entire collection of delicious, easy-to-make and healthy vegan recipes is just a click away. Planning your holiday meals has never been easier or more delicious. 49 vegan recipes await you here; that’s 49 vegan recipes ready to impress your guests, including even the pickiest eaters or non-vegans! While not all of these recipes are strictly traditional for the holidays, they do offer you new, bold flavors to try and use your favorite ingredients, from fresh green vegetables to squash and sweet potatoes.
So what are you waiting for?
Put on your apron and make some holiday times to remember!

I am definitely not vegetarian, but I don't eat a lot of meats and I love the creativity vegetarian cookbooks offer! This one is great for feeding a crowd. It contains 49 recipes for holidays or other gatherings that will please most pallets. However, we try to avoid soy, and this recipe book is a bit tofu-heavy. Even so, there are some really yummy options and I look forward to trying them, especially with fresh veggies hopefully from my garden in the spring!


I received one or more of the products mentioned above for free using Tomoson.com. Regardless, I only recommend products or services I use personally and believe will be good for my readers.

Posted by Unknown at 8:16 PM No comments:

The Monster on Top of The Bed Family of Books - Review 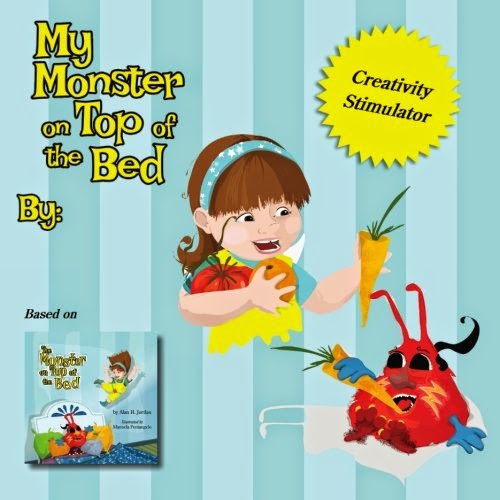 Product: Monster on Top of the Bed Family of Books

Synopsis of The Monster on Top of the Bed
Once upon a time there was a little girl named Suzy, who used to jump up and down on her bed having just a great time. This scared a young critter named Karrit who lived under Suzy’s bed. But, Karrit heard Suzy do all sorts of nice things for people, and he wanted her to be his friend. Still, Suzy ate strange things like cakes made out of pans (pancakes) and the toes of toemays (tomatoes) and—he couldn’t believe it—he heard her talk about eating something truly horrendous.
One day Karrit heard Suzy tell her mother that she was lonely and needed a friend. Because of that Karrit decided to visit Suzy, and Suzy got to meet him. At first Suzy was scared of Karrit. After all, he had red, scaly legs, and a blue nose, but he seemed a little scared too. Suzy treated Karrit the way that she would want to be treated if she had gone to his house.

As they grew to know each other, Suzy found out that Karrit didn’t understand some English words. Suzy figured out what was confusing Karrit, and she was sorry to have scared him. She showed him a hotdog (she didn’t eat dogs that were hot) a tomato (she didn’t eat the toes of matoes) and a carrot (she definitely didn’t eat Karrits).
Suzy made Karrit feel that she liked him, and that she wanted him to be happy. Because of that, the two of them played. They kept getting to know each other better until one day they both realized that they didn’t have to be afraid of each other, and that it was a mistake for each of them to think the other was a
“monster.” Suzy and Karrit became best friends, and neither was afraid of monsters again.

This is NOT just one book.  The Monster on Top of the Bed is just part of a family of books and audio books and activity guides that work together to create a fantastic experience for children.  What makes this experience so valuable is that the child actually gets to create their own story to banish their fears, and that they also get to spend hours coloring, learning to count, understanding phonics, etc.

This story is very cute. It is a good story for teaching about perception. Maybe that thing you're frightened of is just misunderstood and even frightened of you! There is a blank copy of the story where children can write in their own words! Great opportunity for discussing fears and how we can make them less scary.

I received a copy of the book above for free using Tomoson.com. Regardless, I only recommend products or services I use personally and believe will be good for my readers.

Posted by Unknown at 8:15 PM No comments: 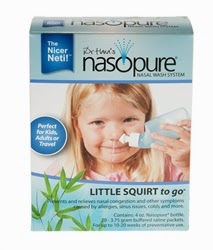 Dr. Hana's Nasopure Little Squirt to go® is the preferred nasal wash for kids! Designed with little hands in mind, this comfortable, convenient, and easy to use nasal wash system cleans out pollens, bacteria, and dust particles before they have a chance to root themselves in your child's sinuses. Little squirt to go can help your child combat allergies, congestion, colds, flu, asthma, and much more - and it's 100% natural! Benefits of consistent use of nasal washing for children include improved sleep, comfort, and general health, marked by fewer expensive doctor appointments.
Little Squirt to go is also great for athletes and frequent travelers. The 4 oz. bottle is perfect for storing in travel bags and sports bags, and can help you stay healthy on the go!
Nasopure is 100% natural - no other additives, perfumes or ingredients. The bottle is BPA free and dishwasher safe, too! (Made in Kansas City, MO and assembled by adults with disabilities).


This really couldn't have come at a better time. I've been miserable with sinus trouble for weeks. I really liked the Little Squirt method. Seems so much easier, and less intimidating, than a neti pot.

This bottle in particular is made for kids 2 and up. However, Miss O isn't quite convinced yet, but we're going to look at the provided how to teach children information some more. A few more months and we can work with Miss Em as well.

It's pretty neat that the bottle is made relatively close to me! So very local, and BPA free..awesome!

Nasal washes are a great first alternative to sinus medicines, which can cause issue when overused. The Nasopure Little Squirt to go flushes away all of the irritants and encourages natural drainage. Gentle and effective...though it does take getting used to!
x

Posted by Unknown at 5:06 PM No comments:

Been some time since I did a Menu Plan Monday, y'all....let's do this!

Miss Em is doing much better with dairy. Her Dr recommended we try using lactaid while reintroducing very slowly. She can now have a little bit of cheese or yogurt and no troubles! Straight milk is still problematic, though, even with the lactaid. So, we don't have to eliminate dairy now, but we are still keeping it low.

Ohh Sunday is the Solstice! Can hardly wait! Except I can...because I'm so not ready hahaha.

I try to keep it pretty Clean.

On the Menu this week:
If there are new recipes for the week, I will have them pinned here.
And then I will move them here with my commentary after I've tried them.
See more MPM at OrgJunkie

Posted by Unknown at 9:39 AM No comments:

Turn to Me
by Tiffany Snow